I recently had an alternator failure. 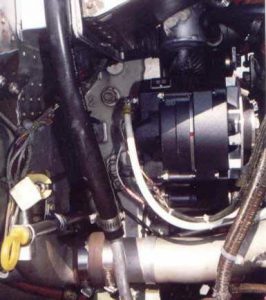 First time and even though I read and heard about it, I was taken by surprise by a couple of things. Everything worked out fine with no problem. I learnt after the fact that an alternator failure is actually pretty common. A pilot friend had one just a week before and I was told they have a limited time span, so depending on how much you fly, it will happen to you. I would hope that sharing my experience will help you, handle the situation adequately. As always, I am looking forward to any comments and recommendations.

I fly with 2 battery powered GPS units (Garmin Aera 696 and 795). In addition, I had my iPad with IFR maps and terrain coloring. Not that I would ever hope to end of IFR with an alternator failure. Completely different animal.

A backup artificial horizon is a bonus. Like I say, I would not fly IFR without an alternator. But having the backup equipment under the reduces circumstances made me feel more comfortable. It doesn’t hurt I guess.
I was able to inform to ATC about my imminent power failure before it actually happened. I never lost communications with them and I was able to communicate via my handheld radio. ATC obviously lost some information on the radar, such as transponder code and associated aircraft information and the altitude read-out. But since I informed them before, they knew it was coming. Even though a valuable experience, the biggest learning I got out of this, the fact that I like to fly with all systems working. I like to have triple redundancy, I like to fly with the autopilot, I like to have two functioning on-board radios plus a backup, etc. etc. I like the cruising type of flying. So alternator has been repaired aneverything is back to normal again, until next time!
Wish you never-ending voltage!